Hanna will be participating in the Springfield, MA Central Library’s Ice Cream Social on Wednesday, August 14 from 6-7:30pm. This is a great opportunity to see a small sample of Sidonia’s original creations, some described in the books, Sidonia’s Thread and Surviving Remnant, and which will be among the featured garments in the traveling exhibit, “Sidonia’s Thread: Crafting a Life from Holocaust to High Fashion.” Come meet Hanna and learn more about her creatively gifted mother Sidonia’s life in Springfield after the Holocaust. How did she use her wits, imagination, and her hands to survive? 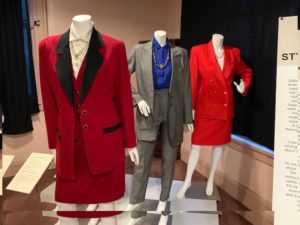